Why doesn't the magnetic field polarize when polarizing light?

The graphic below illustrates this effect, but only shows the electric field. In reality, there is still a magnetic field that oscillates perpendicularly to the resulting, polarized electric field. 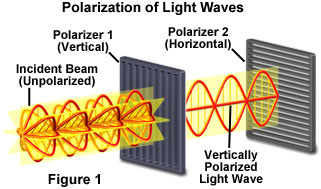