What are the universal laws of Nature concerning animals' behaviour?

This seems to be rather impossible to answer! Very fundamental laws of nature are rather found in physics, mathematics or philosophy than in biology.

The theory of evolution is generally considered as a field that brings light to the whole science of biology. T. Dobzhanski famously said: "Nothing in Biology Makes Sense Except in the Light of Evolution" So I guess you might be interested to "laws" coming from that field.

I'm afraid you will some more knowledge in animal behavior than what you can acquire from this simple question before starting simulating. You can easily spend 5 years studying animal behavior and still having much things to learn from that field.

I would guess you might be interested in the concept of selfishness and altruism. I don't know your level of knowledge in biology. The following might seem a bit complicated (although it is a very brief and inaccurate summary of the real science that study these fields), if so, I would invite you learn about basic stuff in biology and evolutionary biology.

In order to have natural selection, you need:

Following, this idea, an allele that behave altruistically (providing benefit (in terms of ability to copy itself) to someone else to its cost (always in the same terms)) will disappear to the benefit of the selfish allele and therefore altruistic behavior should never be found in nature.

However, we find altruistic behavior (and that was one of the greatest flaw Darwin could think about his theory):

Now, that's a very big field. I can't develop everything in this answer! If you liked the discussion of selfishness and altruism, you might be interested to read the selfish gene or the extended phenotype.

If you want to go a bit deeper into mathematical formulation you might be interested in evolutionary game theory and hamilton's rule.

Here is a quick formulation of Hamilton's rule on this website

So, you're not looking for a scientific law/theory/evidence/etc... you're looking for a simple observation in the nature that fit all animals. Here are some examples:

If you want to talk only about behavior, then you might have some trouble to generalize things to all animals because, there are many non-motile animals, many animals that have no brain, many animals that does not even have organs, … As a side note: It is possible that if you accept that a sponge (which is at the base of the Animalia kingdom see this website if you want to learn about what is classified to be an animal) produce some kind of behavior, you will have to accept that an oak tree also have behavior

UPDATE. Ah you meant animal in opposition to human?! Humans are included in my above list. If you look for differences then between human and all other animals, than you won't many other things than the brain and the behavior indeed. I hope nobody lost a whole life of work listing what human can do and what animals can't! 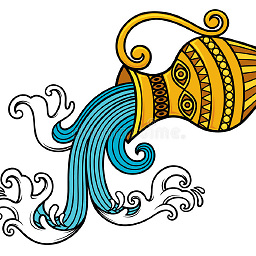