Suggestions for topics in a public talk about art and mathematics

The influence of the 4th dimension on art. Duchamp is an obvious example. Art historian Linda Henderson believes that Picasso was 4-dimensionally influenced as does Tony Robbin who clearly and unabashedly is. Tony's work influenced me to draw a bunch of stuff at my website, and these drawings are directly influencing some of the mathematics that I am doing. In addition, you might want to mention Carlos Seguin (sic?) and of course, George Hart. His daughter Vi Hart has been in the news recently.

The problem is not that there is a lack of material, but there is too much. Many great and serious artists are influenced by us, and as I indicated above some of us are influenced by them. You should also look at the work of Radmila Sazdonovic and Slavan Jablan for example.

For example, this reproduction of the Mona Lisa is actually a solution to a traveling salesman problem. There's a single path that creates the image.

You might get some inspiration from the articles in the Journal of Mathematics and the Arts (published by Taylor and Francis - http://www.informaworld.com/smpp/title~content=t755420531~db=all) and/or from the proceedings of the Bridges Conferences (which deal with connections between mathematics and the arts) - http://www.bridgesmathart.org/

There is a lot of beautiful mathematics (mostly, if not all geometry) in perspective drawing. I've heard Annalisa Crannell give beautiful lectures on this. Unfortunately, her book isn't due out until July 2011 (you can find it on amazon, and I can only include one link). There is a nice description of a public lecture she gave at the MAA, with audio of the lecture and a few embedded videos:

I heard Thomas Banchoff give a nice talk about Salvador Dali's work a few years ago. Apparently they were even friends.

Here's a link to a lecture by Banchoff on Dali.

It looks like Banchoff wrote a paper in Spanish Catalan on Dali, too:

Even with my poor Spanish nonexistent Catalan skills I can translate the title as "The Fourth Dimension and (or "in"?) Salvador Dali." :) 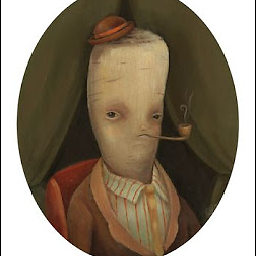