What size asteroid would cause a nuclear explosion?

The fireball and the blast wave are caused by the meteorite's kinetic energy being converted to heat. This converts the meteorite and some of the surrounding rocks in the Earth to a gas, but its initial density is the same as what it was before the impact. From the gas law you can see that this means that the pressure must be extremely high. This causes the gas to expand very fast, giving rise to the blast wave and the fireball.

The electromagnetic pulse is caused by the extremely high temperatures of the fireball. There is a significant amount of electromagnetic radiation in the ultraviolet range which causes ionization of molecules in the air. The photons from the fireball will push the electrons away from the molecules,this means that at some point away from the fireball the negatively charged electrons are pushed away in the opposition direction to the fireball. So, you get a charge separation due to the radiation, when the radiation dies down after a few seconds, the electrons will move back, due to the attraction of the positively charged air molecules. Some electrons will be captured by the charged molecules, but the bulk of the charge will overshoot and you get an oscillation of the dipole moment. This causes electromagnetic radiation to be emitted.

You can crudely estimate how an asteroid impact compares to a nuclear explosion simply by calculating the kinetic energy of the asteroid when it hits Earth and comparing that energy to the yield of a nuclear device. This website offers a far greater detail into the effects, you can enter the relevant parameters such as asteroid diameter, density, impact velocity, etc. and it will output the physical effects of the impact.

To answer this we need to do some physics and math. Assume a body of mass $m$ strikes the Earth, or the atmosphere and ground, at velocity $v$. The kinetic energy of the object is $K~=~\frac{1}{2}mv^2$ we now assume that the object completely dissipates its energy into thermal energy. One ton of explosives is equal to $4.2\times 10^9$ joules of energy. The velocity of meteoroids that impact Earth is between $14km/s$, escape velocity to twice the orbital velocity of the Earth around the sun plus escape velocity, $72km/s$. This would happen for a meteoroid in a near escape from the solar system velocity in the opposite direction the Earth orbits the sun. Let me assume $20km/sec$, which is about average.

Now let us consider nuclear bombs. The START treaty limits on tests is at $350$ kilotons, which is about the largest nuclear bomb yield in arsenals today. This has about $1.5\times 10^{15}$ joules of energy. Now we equate this with the kinetic energy and compute the mass of a meteoroid that would do this and we find this is $7.5\times 10^6kg$. or about $7500$ tons. As a nominal density I use $5g/cm^3$. If I assume a spherical shape for the meteoroid then the radius of this would be $7$ meters. This is pretty large, and within about the size of the object that exploded over Chelabinsk in 2013. 07 : 59
Simulation of a Nuclear Blast in a Major City
Neil Halloran
17

05 : 52
Could A Nuclear Bomb Actually Destroy An Asteroid?
Curiosity
17 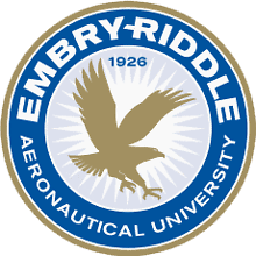