How to understand the motion of a particle in Quantum Mechanics?

Having worked with elementary particles all my working life I can assure you that particles have a trajectory.

Another proof is the existence of accelerators which create the beams that we can scatter against targets, as in picture, or against each other and study the results statistically. That is how the standard model of particle physics was built up, studying trajectories.

Trajectories are saved by the HUP, the Heisenberg Uncertainty Principle, which given enough momentum can always be fulfilled as the bubble chamber picture shows. Within its bound lie the bound states of atoms , and there we speak of orbitals, not orbits.

Everything is quantum mechanical, and the HUP is the measure of whether classical concepts and mechanics are applicable or not. So in your example the electron can be generated in a small accelerator and approach with a known trajectory a potential well of an ion up to the point of closenes where the indeterminacy of the HUP destroys the concept of a trajectory and the probabilistic form will apply.

Most people would say that $|\Psi(a)|^2$ is the probability density that the particle would be found in some small neighborhood of $a$. Most people would not say it is the probability that it is in that location. This is because because that same kind of thinking (that it has a probability of having a property and that a measurement merely reveals the value of that property that already existed) will literally get you in trouble if used in other situations. For instance a spin measurement objectively does not reveal a preexisting value of a component of a vector. And in fact a spin measurement objectively changes the thing you "measure."

But there is a tradition that does do so, and it found a way to make that work for position and it is called the de Broglie-Bohm (dBB) interpretation (or the pilot wave theory). The price to be paid is that if you say the probability is accurate for an actual position then other so called measurements can't be merely revealing preexisting values.

If we used different words this wouldn't sound so strange. We could call them spin polarizations instead of spin measurements for instance.

And in the pilot wave theory trajectories are not meaningless. However they aren't what you observe. You observer through interactions. So all you know is the interactions, you don't know the trajectory.

In that sense, how should we understand the motion of a particle in Quantum Mechanics?

Almost no one uses pilot waves since the trajectories are much more detailed than is needed just to compute what fraction of your results come out a certain way. But they can still talk about the probability current and that is usually what they mean if they talk about a particular direction of motion. They just don't literally think there is a particle with a location. They are just talking about current.

So you can have locations and if you do then you need to update them. Most people don't imagine locations but still do talk about the current, they just call it a probability current instead of imagining a probability of being located somewhere and then that updating in time.

And you would have a problem if you thought there were x y and z components of a spin vector and that the interactions we call "measuring the z component of spin" merely passively revealed that value. So if thinking they don't exist for position reminds them to not think they exist for components of a spin vector then great. It is great to learn not to make mistakes. And you can still compute all the frequencies you need without imagining particles having actual locations and moving around.

In that setting, how should one understand intuitively and mathematically the idea of motion of a particle in Quantum Mechanics?

You can not worry about it and stick to probability currents, they will track the flow of probability which is all you need. Or you can study pilot wave theory, which doesn't help you make any new predictions and some of those trajectories are weird. For instance the wave function is defined on configuration space so it is the configuration that changes and so they can be highly nonlocal in many senses.

Now the state (or equivalently the observables) evolve in time. This means that we have a map $\omega_{(\cdot)}$ that describes how the state changes with time. In other words, $$\omega_t(A)$$ would describe the average value of $A$ at time $t$. If we choose the position operator $x$ as an observable, we get a function of time that we may call effective (averaged) trajectory: $$\bar{x}(t)=\omega_t(x)\; .$$ This averaged trajectory may be interpreted as a notion of motion of a QM particle. Obviously, $\bar{x}(t)=x_0$ it is not a good notion to say that a particle is static (the particle may be moving but be on average on the same place); but a non-constant function $x(t)$ is a good indication of the motion of a QM particle.

In addition, the classical trajectory is actually $\bar{x}(t)$, in a regime where the quantum effects become negligible. 12 : 45
If You Don't Understand Quantum Physics, Try This!
Domain of Science
4 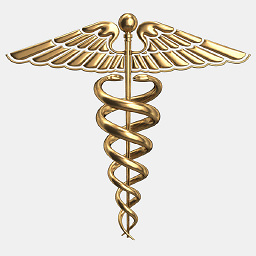